Panni Néder is a Berlin-based Hungarian stage director, educated at the

University of Theatre and Film Arts Budapest and at the HfS “Ernst Busch” University in Berlin. She has worked both for established repertoire houses and independent companies in her home town while she began to spend more and more time Berlin.

In the last few years, she has devised and directed several independent performances. She is passionate about autobiographical theatre, the process of group devising and writing, and the creation of “theatre as an interactive public space” - the possible dialogue between performers and the audience.

She was 2016-2019 mentee of Dr. Peggy Mädler in the Mentoring Program of PAP Berlin.

She is co-founder of the performance label soMermaids 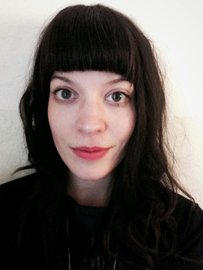 .and activist as well